It all began in 1921 when a group of businessmen, feeling area youth needed a program to prepare them for adulthood started Troop 1.  The troop organized as part of Chief Seattle Council. In 1928 Chief Seattle suggested the troop be chartered with Evergreen Area Council,  however, there was already a Troop 1 in Everett, so the troop number was changed to 49, with sponsorship coming from the Alderwood PTA.  In 1994, Evergreen Area Council merged with Mount Baker Council to form one council.

There is not much recorded history known about Troop 49 until about 1948.

“Boys will be boys,” that’s why the Alderwood Youth Club was organized.  In March of 1948, Troop 49 was denied continued use of the Alderwood elementary auditorium as a meeting place.  Parents, somewhat terrified at the prospect of having to host 40 livewire boys in their living rooms for wood carving and fire building, called a panic meeting to try to find a place for them.  There was none, so being resourceful, they decided to buy a building for the scouts, but according to scout by-laws, they could not own property.  Sponsors of scout groups are supposed to provide a meeting place, so the parents decided to incorporate as a club and then sponsor the troop.  The adults located a war surplus barracks building, trucked it from Seattle, and set it up on Edmonds School District 15 property near the Alderwood School.  Alongside the Trail Dusters and the Pegasus Patrol equestrian clubs, the Alderwood Manor Youth Club was born.

In 1960, the state of Washington needed land to build something called a “freeway.”  The state went to the school district and expressed interest in the land being used by the Youth Club.  The land was sold.  Money from the sale, along with $8,000 in bonds, was used to buy the 10-acre plot that is the current home of the Alderwood Boys and Girls Club.  Two years of hard work by every adult and youth followed to build the main building and horse arena.

Since 1928, Troop 49 has continually produced Eagle Scouts.  The troop has camped from Canada to New Mexico, visited Japan for the World Jamboree, climbed Mt. St. Helens and attended summer camp in Hawaii in 2001.  In 2003 the high adventure program was started back up, and through that Scouts have traveled to Canada and Montana.  In 2018, Troop 49 celebrated its 90th birthday.  Throughout its history, Troop 49 has upheld the true meaning of “Scout Spirit.” 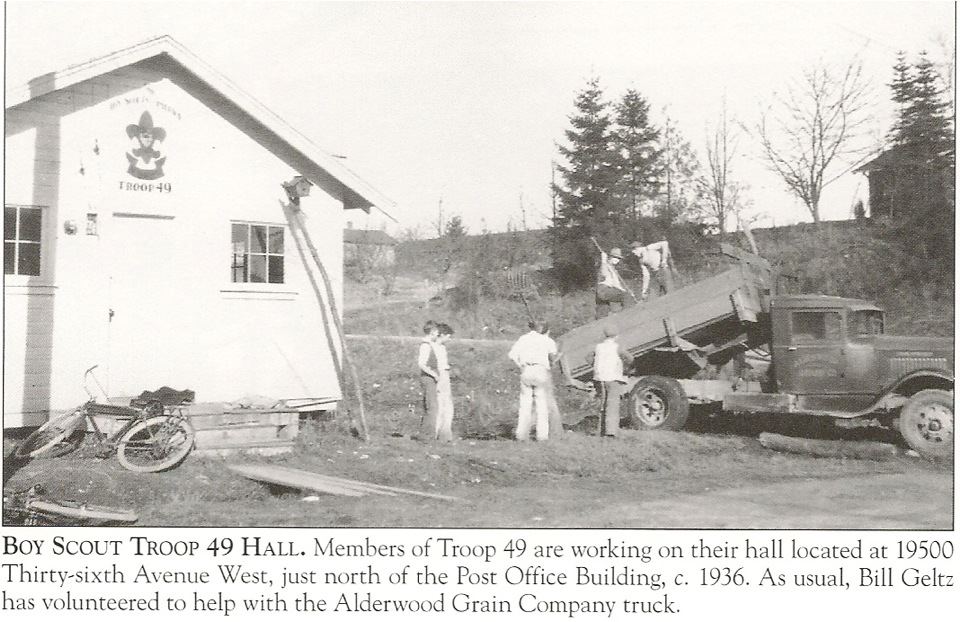